Velkommen til Danmark! Hopefully I will be able to upload my future posts weekly and treat them as a reflection of what I have done.

After arriving in Denmark I met my host family (Steen, Gitte, and Naja, all of whom I had been in contact with since arriving in Europe) and was taken to their house, which is located south of Copenhagen in the town of Tarnby. After being shown around the house and to my room, Naja showed me the public transportation and how to get to DIS. We also walked around the city! 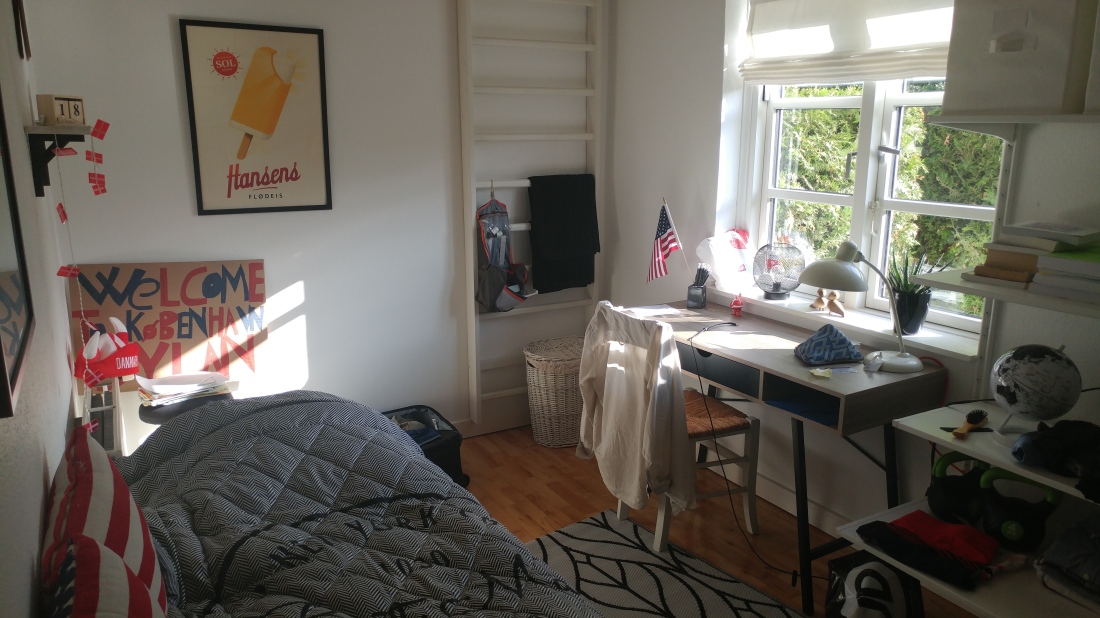 My room, Notice the American flag pillows and flag… They must’ve thought I was super patriotic. 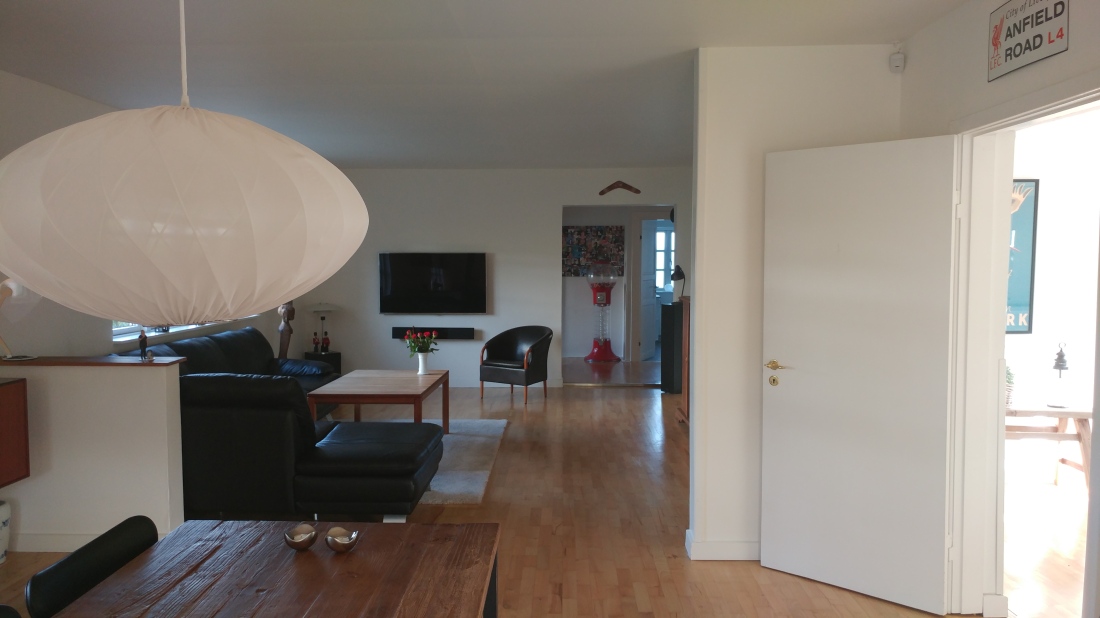 Their living room. Yes, they even have a gumball machine, but they told me they’re rock hard. 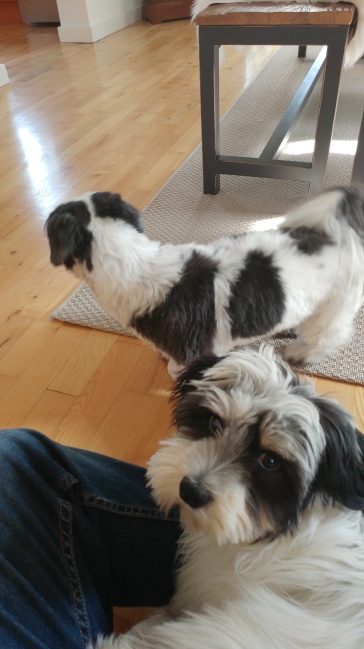 The other children I wasn’t told about…

Surprisingly, their house is not full of IKEA furniture. Apparently, many other homestay students said their houses were full of IKEA items. However, Steen is the manager of transportation for Carlsborg, so they’ve got lots of coca-cola glasses and beer!

Moving on to the week! These past few days were incredibly hectic and full of events and adventure. I have been slowly getting used to riding the bike to the metro and using the bus system as well. One morning, the bus trip ended up taking 20 minutes longer because of rush hour traffic, so I had to sprint to one of my first classes. One relief was the organization of our introductory program for the first week. DIS has been great as far as connecting homestay students and providing tours of facilities and talks about subjects such as health, fitness, and fun. I ended up going on a tour with a few people from my homestay network. 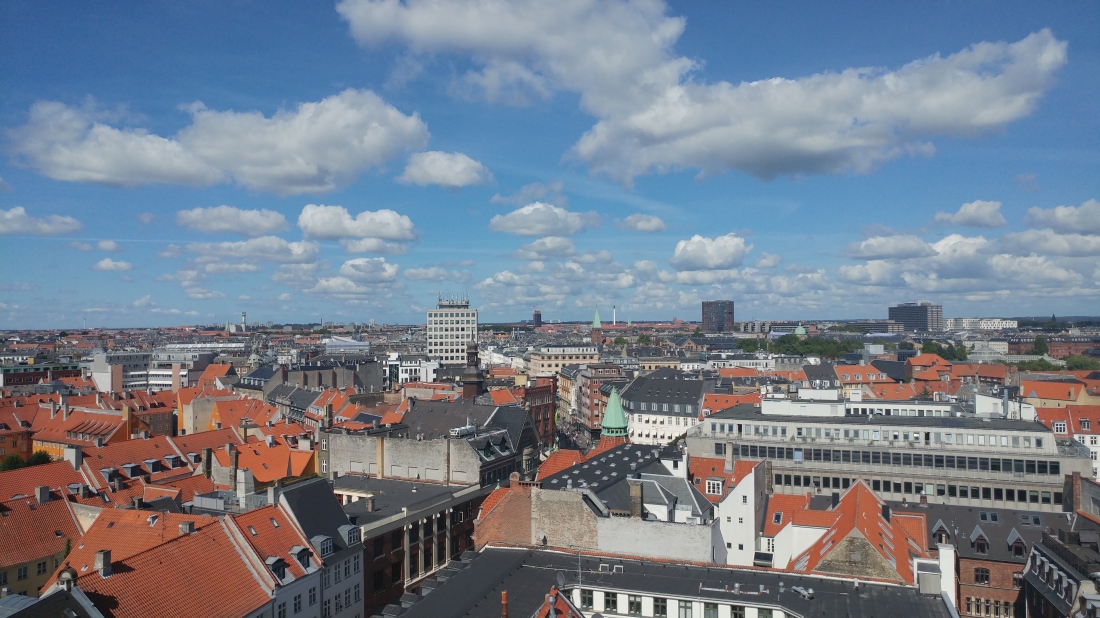 View of Copenhagen from the top of the Round Tower. 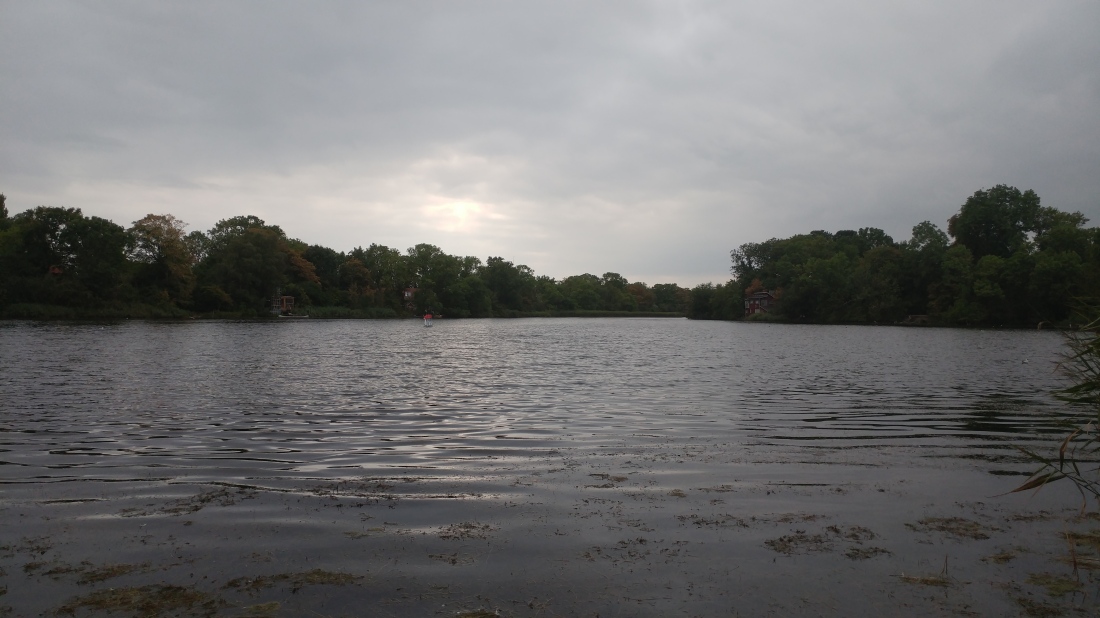 A beautiful lake located in Christiania 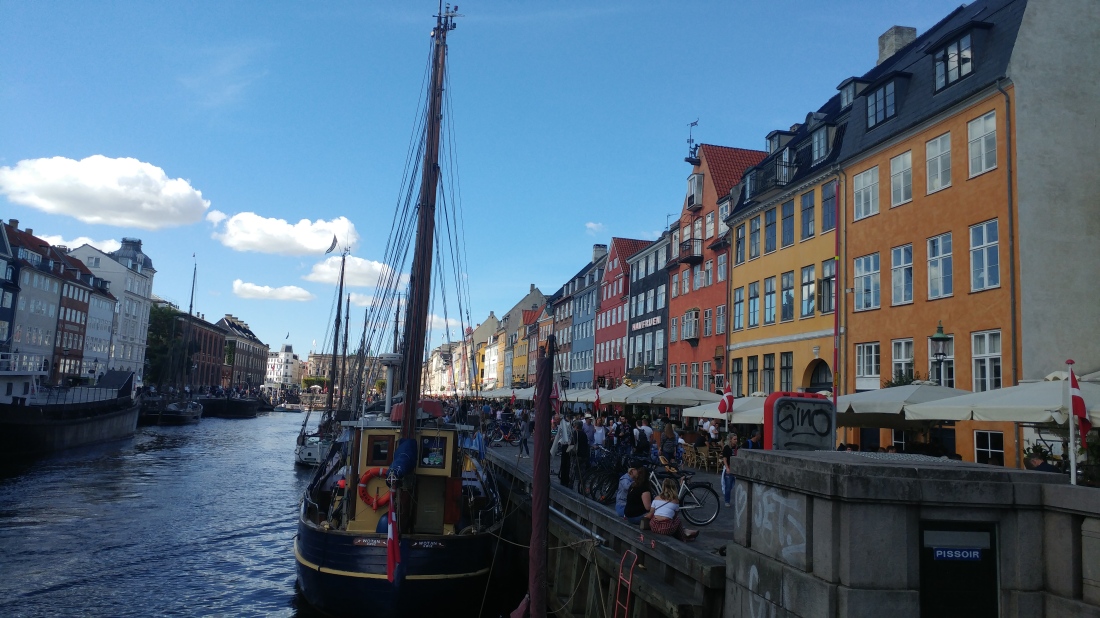 Just a picture of the most famous street associated with Copenhagen.

So far, it has been a fantastic experience. The professors come from a variety of backgrounds and are all interesting and unique characters. Something I realized though was how large the female population is in the program. I calculated 70% girls and 30% guys because in three of my classes, I am one of three guys out of a class size of 20. Whether this is for the better or the worse, we’ll have to see. All the people I have met so far have been girls, and we’ve been having lots of fun. On the weekend, I decided to go to the city with no plans. Thinking I was going to stay for a few hours, I ended up returning home at around four because I met up with college friends and people living in my area. We went to a lovely coffee shop, an arts and crafts market, and a restaurant. After exhausting ourselves with conversation, we split up and I headed back with a girl who lives a few streets down from me. As soon as we left the restaurant though, it started to pour and so we ran all the way to the bus stop. It was a good bonding experience I guess! Today, a DIS faculty member hosted a host family brunch, so I ended up socializing again with other homestay students. And if you thought the uneven distribution of girls was surprising at DIS, I am proud to say that I’m one of two guys in my homestay network with around 15 other girls. Sigh* Nevertheless, I have been having a really great time with all the new people I’ve been meeting.

The fun didn’t end there! Because Steen works for Carlsborg, which is a major sponsor for F.C. Copenhagen, he got free tickets to the game the same night I uploaded this. 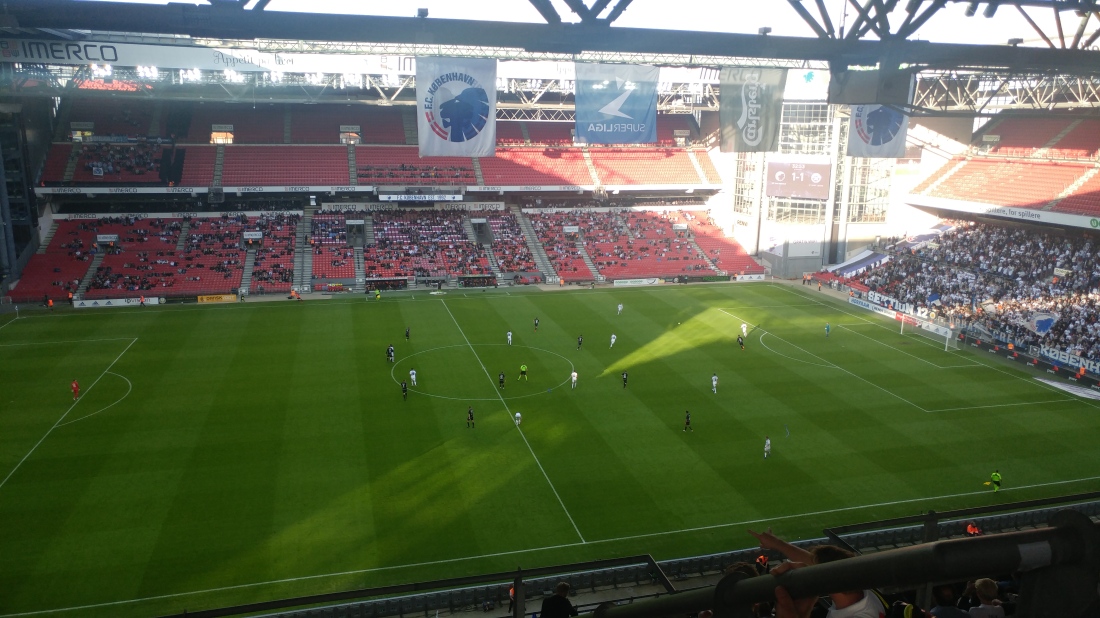 This was such a great experience! Having been a soccer fan all my life, watching a professional match live was so exhilarating! The crowd to the left was cheering, chanting, and jumping the entire game. F.C. Copenhagen won 3-1, which was a win for the family.